The Monday contest has seen some significant changes over the years from Frindsbury, to Sandwich and then Macknade near Faversham. Sadly, our hosts since 1999 were unable to fulfil the fixture this year ending fifteen years of excellent contests incorporating some brilliant junior matches. Monday breakfast presented the challenge of locating Horton Kirby CC somewhere near Dartford and the M2 – on arrival the unpromising location revealed a beautiful venue. However, as the opposition materialized they seemed to be getting younger with each apparition from the pavilion. Possibly with one or two exceptions it seemed that we were playing the Colts – the disparity in ages on a Dragons fixture can rarely have been greater even with only Churchman and Davies close to claiming the free bus pass. 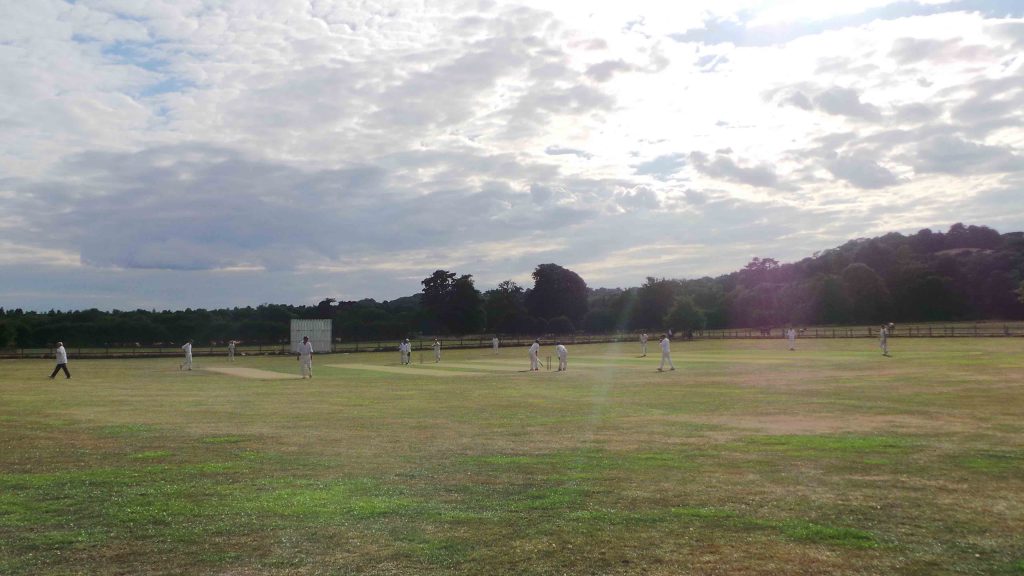 The toss was of little consequence with the Dragons inevitably destined to bat first. Enter Churchman and Churchman ready to feast themselves on a bowling buffet. Amongst the usual run-out attempts not by fielders but by father on son and vis-versa there was plenty of extravagant strokeplay in a rapid opening partnership. Jamie plundered 52 and Chris 71 runs as boundary conversations turned to the prospects for lunch – not the estimated score but whether Arctic Roll was more likely than apple pie for dessert. Progress was maintained either side of the break as Simon Wade constructed a patient 42 and Andrew Keens produced 72 runs in his inimitable style. The declaration was made at 296-5 but not before Joe Peck made a rare appearance in pads.

Taking wickets could have been tantamount to bullying as early inroads were made into the Horton Kirby order. It was good to see some young cricketers with potential but sadly the target was always going to be daunting for those so young. Of the eleven wickets taken the main protagonists were John Mihill (3-21), Chris Arnold (3-58) and Simon Wade (3-16). The hosts were bowled out for 141 in a disappointing contest. Nonetheless we should always be grateful to clubs that can accommodate us immediately before or after their weekend cricket.