What a difference a day makes – the Arnold twins opened the batting and I assume that the scorer could tell the difference! Simon contributed 37 out of the opening partnership of 89. The cunning plan to wear out Sam Boyns by the time he bowled against the Dragons seemed to work as he went for 7 an over. Chris progressed to make a majestic century accompanied by Jamie Churchman in a display of fluent strokeplay. The archives will need to be checked – 145 for the second wicket may well be near the top of the list – certainly a Dragons record at Linton Park! 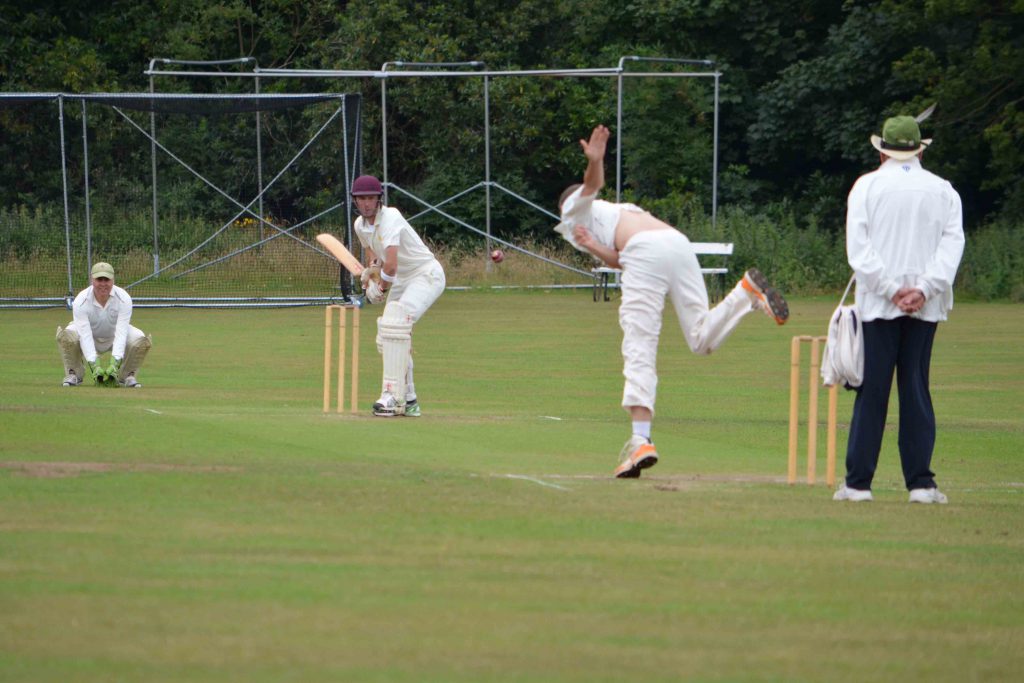 145 didn’t seem a lot as Piper and Presnell smashed it to all parts in an opening stand of 181 leaving the remainder of Linton Park to make 60 in 12 overs. Skipper was just lulling them into a false sense of security (not a view shared on the boundary) – enter Greg Mihill with a timely 8-2-36-3 and Captain Fantastic himself (5-0-24-3). The molehill of 60 gradually became a mountain as our hosts could only manage one off the last ball when needing three for victory. A memorable game – and no doubting the man of the match.