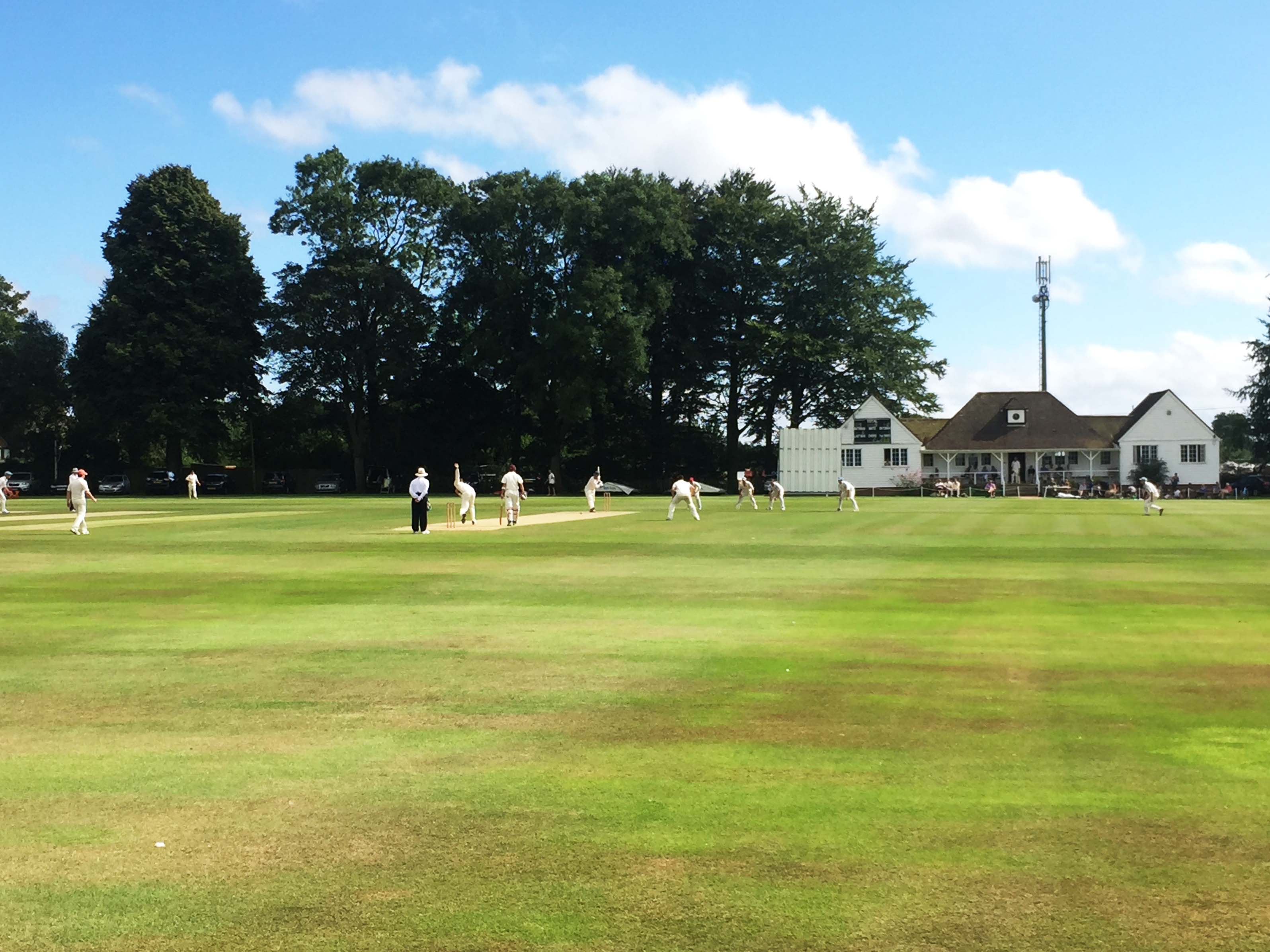 by The Dragons
in 2016 Match Reports
Comments

Last year’s famous victory was the first against Old Suttonians since 2009 and was largely due to Joe Peck’s superb 7 for 48.  Armed with Peck, Boyns, Moxon-Booth and a number of other bowling options – including recently self-declared opening bowler Gareth Davies – the skipper was keen to restrict the OS to a chase-able target again and chose to field first.

However, after 10 overs the scoreboard showed 73 runs with Peck’s four overs disappearing for 40 and the ‘normal’ 300 innings total looked odds on.  Moxon-Booth came on and after the first six of the innings, thankfully the very next ball he managed to remove the opener Price who had raced to 41 off just 26 balls.  Jack Killen took a wicket in his first over on tour for The Dragons but along with others suffered from the hard-hitting of OS captain Richard Bradstock who made a typically robust 77.  The score raced along (200 up in the 34th over) but The Dragons did manage to keep taking wickets and Sam Boyns bowled with excellent control and thoroughly deserved his 3 wickets (all bowled) as he yet again took on much of the workload through 15 overs.  Chris Arnold got Bradstock with a slower ball and finished with 3 for 21 as the OS innings closed at 268 all out after 49 overs.

So not 300 to win, but certainly a competitive total and a steady start by Jamie Churchman and Simon Arnold built a good platform.  (For comparison, Dragons after 10 overs had strolled to 27).  Simon Arnold crafted a patient 53 but with four other batsmen getting into the 20s and then getting out The Dragons chase never really took off and needing 149 from the last 20 overs for victory, still required 103 from the last 10.

Stileman having unusually failed with the bat for OS churned out 20 overs of probing off spin and took 4 for 89 but The Dragons never really looked like being bowled out and Chris Arnold nudged 38* as the game ended in a draw; Dragons 214-7 at the close.

Dragon of the Day was Mike ‘Badger’ Davies for stepping in at late notice and managing an all day match with no obvious hamstring damage. 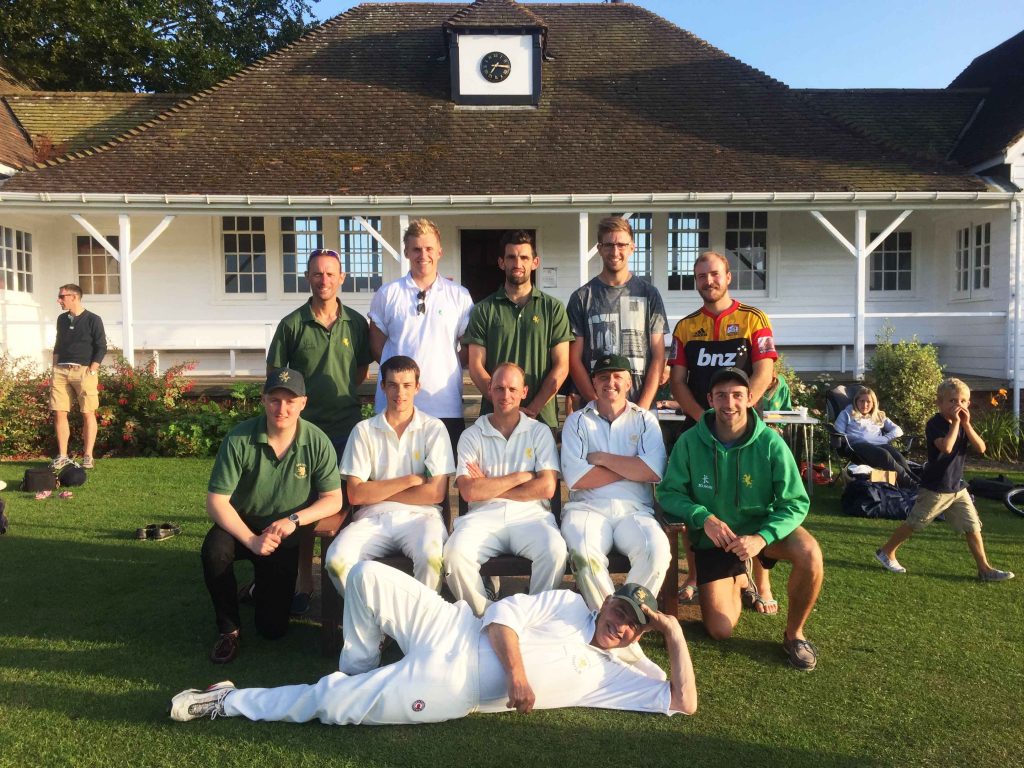