The Dragons: The Oldest Touring Cricket Club in the UK

Formation of the Dragons

The Dragons Cricket Club grew out of an idea by two pupils at St. George’s School in Harpenden in the 1930’s.

In the early twenties, opportunities for juniors to play cricket were very limited. Robert Nelson, whose great love had been cricket from an early age, decided to run his own cricket team. Accordingly he cajoled, persuaded, bribed, bullied and even blackmailed his school contemporaries to form a holiday side. Anyone was welcome provided he was prepared to turn up and look like a cricketer. Although great ingenuity was required in contriving a fixture list, matches were arranged against suitable opponents. The records recall young teenagers cycling from Harpenden to St. Albans with bats on their handlebars to play in a match at Clarence Park. From Such humble beginnings the Dragons may truly be said to have emanated.

With increasing skills and advancing years, Robert’s team of Georgians became well known in the cricket circles around Harpenden. Among the assortment of opponents, annual matches were played against the Old Albanians, Luton, Redbourn and Wheathamstead. Although every encouragement and assistance was afforded by the school, the team had no home ground. It was dependent for fixtures on the goodwill of established clubs. 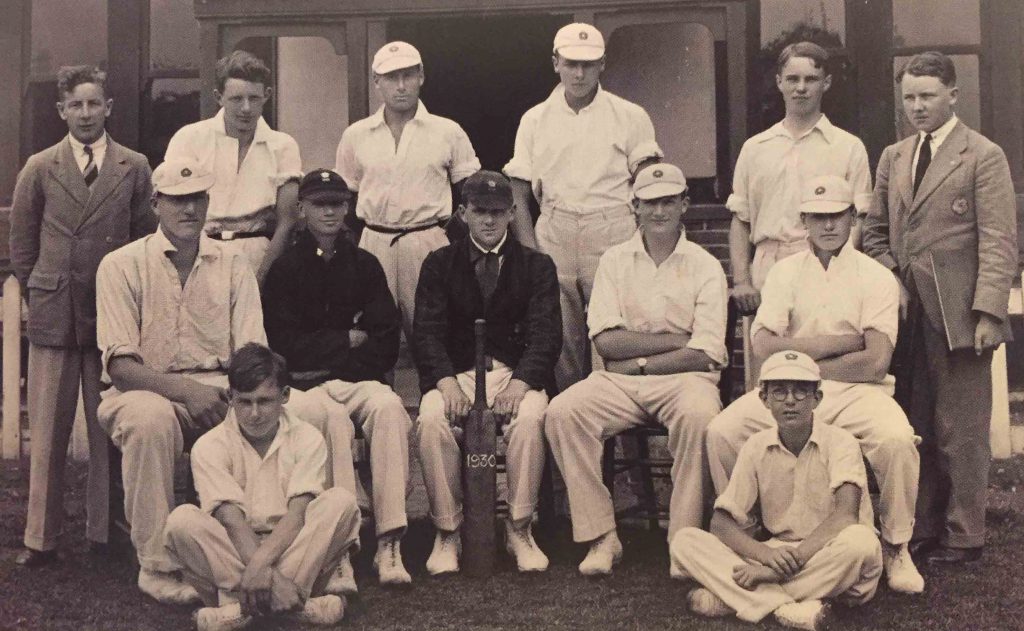 Such was the success of the Georgian side in local cricket that Robert was encouraged to consider the feasibility of a Summer Tour in ‘foreign’ parts. In 1930, Robert Nelson and Norman Golds, at the time Captain and Vice Captain of the St George’s XI respectively, considered the prospect of an annual old boys summer cricket tour. With the help of Norman Golds, who was beginning to make his mark in Kent cricket, contacts were made with clubs in south-east Kent and Robert arranged 9 fixtures for a week’s tour in 1933.

The first tour took place in August 1933, arranged to coincide with the holidays of the two best bowlers in the School 1st XI, Bill Pellant and A L Murray. All recognised clubs or touring sides require a distinguishable title. For obvious resigns the title of ‘The Dragons Cricket Club’ – later shortened to ‘The Dragons’ – was adopted.

The Dragons’ 9 day cricket tour continues to this day, surviving the second world war, and continues to take place in Kent each August.